Welcome back!,
Register if you haven't joined the ScoreLeap Community yet! 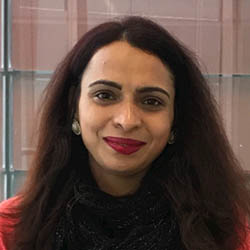 "One person was damn convinced that I was a 700 bracket candidate and that was my teacher at Scoreleap. To tell you Scoreleap is NOT just an institute, it the POSITIVE ENERGY that you get no where else."
GMAT – 710
MBA
University Of Oxford

It was August 2005; exactly two years back I was in an exam center taking GMAT Exam. Dying to see to 700, but to my surprise saw only 580. I was SHOCKED I was almost in tears. Felt disgusting about myself, that after all rigorous the preparation for GMAT, I couldn't score 700, my dream score. Lost hopes and decided I will take GMAT in my life.

After 18 months, in Feb 2007, I was in Belgium (Onsite work). During the same time when one colleague was preparing for GMAT, my heart started beating for GMAT once again. From her I came to about SCORE TOP. I have joined Score top, and started my preparation all over once again. This time I don't want to take chance, so planned to take formal training, enquired about my institutes but none was convincing. I was very disappointed. However, Scoretopians were of great help, I continued my preparation, scoring around 630-640, but need to improve a lot and destination is TOO FAR.

I continued my research: One day, one pagalguy thread….punjuabipriti raves about a GMAT specialist in Bangalore tried posting on net to get the contact details

Get to call up and talk to this man…hey I got to go down to Bangalore for coaching…do I know someone in town...NO

Answer: No problems we will work it out………

Called up my father; arrange for the tickets; I was returning back to India after a year badly wanted to stay home but even holidays from office were a constraint.

Requested my onsite PM to send me back early…stayed at home for four days and off to Bangalore, reached Scoreleap (Kalyan's institute) and joined classes.

The coaching was aggressive and focused…Only the study notes…after one and half months we are through….then what everyday go to coaching center and after giving every test sit and analyze it with Kalyan.,

This teacher despite the entire busy schedule he would still find time…meticulously cleared doubts…. Suddenly I had to leave for my workplace midway… how I will study from a distance…once the work load comes everything would go down the drain.

But still came back studied and started clearing doubts via phone and mails…was too nervous…but one man's confidence always told me I could do it…one person was damn convinced that I was a 700 bracket candidate and that was my teacher at Scoreleap. To tell you Scoreleap is NOT just an institute, it the POSITIVE ENERGY that you get no where else. In my case he was not just a GMAT teacher but a strong supporter who confided in my capabilities more than me myself. Always there to solve my doubts and reduce my tension levels :)

Went to Mumbai and gave the exam. 710 my dream score hats off to ScoreLeap its team. ScoreLeap is NOT just GMAT training institute but my Gods. Good Luck! 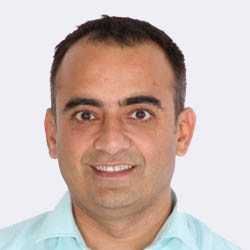 Attended a complimentary Reading Comprehension Class and what luck, I struck Gold. After the first 5 minutes I was more than convinced of the value he adds to any individual. 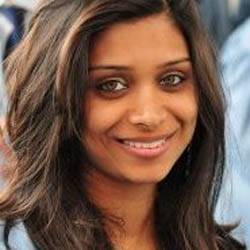 To my surprise, I got a 5th RC passage at the fag end of the test, with only 7 mins. left. Even with the time constraint, I could not move away from using the FIRE approach for the RC passage.