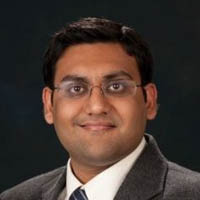 "the 5th one was a rather long 80-90 lines (that too single Para...talking of some weird connection between technology and socialism). I am sure without the strategies that passage would have been two times tougher than I already feel it was."

First of all a lot of thanks to Kalyan, Rashmi and all of the people who helped me though the process.

My struggle with GMAT began quite early this year in March. I was preparing on my own till end of July and frankly was getting no where. In May I moved to Bangalore, and sort of started to panic. I had already finished Princeton, Kaplan and most OG at this time and also given about 8 practice tests, but my performance was not improving. In fact by the end of July I decided to take the GMAT with whatever preparations I had done.

Fortunately I found out about Kalyan and ScoreLeap online on pagalguy.com. I met Rashmi and was convinced that this was the right place for me. And I would say that the preparation really started from then on. The strategies really worked. Specially the RC ones. I just suggest following them blindly and as Kalyan would say do the OG again and again.

I was pretty confident before the d-day. I really had put in all that I could. The AWA section went off really cool I finished both the essays in about 20-22 minutes and then used the time left to relax.

Quant started off really well. I saw some really simple question but at question 19 it got tough, I remember that I spent quite a lot of time on 19, 20 and 21. But then after spending 3 minutes of each of them, categorized them as experimental and moved on. A few of the DS were tricky and 19, 20 and 21 were certainly unsolvable.

Verbal also went off pretty smoothly, not under any pressure until the last 4 question for which I had only 4 minutes left. I got 5 RCs 3-3-4-3-2 question respectively. Except for the 4th one all were one paragraph types (but this was a huge passage) and the 5th one was a rather long 80-90 lines (that too single Para...talking of some weird connection between technology and socialism). I am sure without the strategies that passage would have been two times tougher than I already feel it was.

CRs were fine, I did observe 2 questions directly following the pattern of OG question, I actually remembered OG question as soon as I saw them on the screen. Otherwise I would say CR was normal. SC was also normal, except for 3 questions. 2 of them were of those uncommon types where 'being' was right. But it was easy to spot them as other choices made horrendous mistakes. One question also violated the, "which" rule, I was quite surprised to see this, but here again the other choices was unelectable for various reasons.

On the whole before the score I was sure that I had done well, so I went ahead and pressed the submit button, the story after that u guys already know...710. Once again a million Thanks to Kalyan and Rashmi. Also for all the support and help of my batch mates.

Good luck! And hope that you all do great!!!